When An Empath Loves A Narcissist: The Lure Of The Broken Soul

They occupy opposite ends of the love spectrum, but empaths and narcissists often find themselves coupled up in unlikely relationships. But why? What is it that attracts one to the other?

This article will focus mainly on why empaths find themselves pulled towards narcissists, how they get trapped, and what they have to do to escape.

What The Empath Sees

Gifted with the ability to sense the underlying emotions and feelings of others, an empath is uniquely placed to see into the depths of a narcissist’s being to the wounded, unhappy soul that resides there.

Upon discovering this pained creature, the instinctual response of the empath is to try to help, heal, and love them.

Before they know it, they become entangled with this narcissist and the toxic relationship begins.

How They Get Sucked In

Narcissists can, when required, display copious amounts of charm and charisma. You might think that empaths would be less susceptible to this artificial persona, but it is precisely because they are beings of love that they wish to see the best in everyone.

They can sense the pain that is hidden behind the smile and the wit, while, at the same time, believing that this act is some sort of suppressed character trying to assert control. They think that they can help free it through their care and affection.

They envisage a time in the future when this narcissistic individual can become a changed person, cured of all their bad traits and free from pain. Once they believe in this possibility, they feel compelled to try to make it a reality.

What Stops Them Leaving

It won’t be too long before an empath begins to regret their decision to get involved with the narcissist. The person they initially fall for will quickly disappear, revealing the true nature of the beast.

The empath will shower love and kindness on the narcissist – to the point where it turns into adoration – in an attempt to purge the pain from them and soothe their damaged spirit.

But to the narcissist, this sort of attention is like a drug; they simply can’t get enough of it. And unfortunately for the empath, it only serves to reinforce the egoistic self-adulation.

Then comes the game playing and manipulation. To maintain their air of superiority, a narcissist will seek to control every situation involving their empath partner. They will use destructive and demeaning language to tear them apart, piece by piece, until they can exert their utter dominance.

In spite of all their good intentions, the empath will find themselves in a trap; one of loving a person who is incapable of caring for them, let alone showing love back.

But they aren’t yet aware of this trap; they continue to seek the narcissist’s affection in a vain attempt to mend the broken heart they see before them. They struggle to understand what is happening to them because, from their position, the behavior of their partner is utterly incomprehensible.

What happens next is quite possibly the most damaging aspect of the whole process: the empath looks at all of the pain and trauma now filling their life and pins the blame squarely on themselves.

Rather than accept that the narcissist is the cause of all their misery like they should, they insist that it is they who have failed. They wrongly believe that all the conflict and resentment in the relationship is their fault; that they somehow didn’t try hard enough to rid their lover of the pain they endure.

From this self-blame grows an unwillingness to do what is required; to break up with their narcissist partner. They proceed to lock themselves in their own prison by forfeiting their right to be happy. They insist that to do so would only heap more misery on the already tormented soul they have such affection for.

How They Finally Break Free

There is only one method of escape for the empath and that is to fully open their eyes to the situation they are in. In order to make a break for freedom, they must first understand that the original lure of the narcissist was misguided.

They must realize that it is nobody’s duty to fix another; that they have no responsibility to stay with their partner any longer. They must accept that whether the narcissist will ever change is not something they have any say in; they can only captain their own ship and it’s time to choose a different course.

This will not, by any means, be the last they hear from the narcissist. In an all-out bid to regain what they see as a possession, they will declare their undying love for the empath, swear they have changed, and make many promises that they know they cannot keep.

They will turn the charm back on and, for a while, the empath may see some of what they initially found so appealing. But if the empath can hold their nerve during this period, the narcissist will eventually unleash a barrage of malicious words and actions in a desperate attempt to pull their victim back in. This can be extremely difficult to endure and it can seem like the whole world is crashing down around you, but you must hold firm.

Leaving a narcissist isn’t the end of the story for the empath; it will take a long time for them to put the pieces of their life back together and even longer to regain their faith in the goodness of other people. But they will have broken the bond that so often draws empaths and narcissists together.

Are you an empath who has been through such a trial? Leave a comment below and share you thoughts and experiences.

Want more help as an Empath?  >> Workbook for your Soul <<

Steve Waller is the founder of A Conscious Rethink – a growing voice in the world of mind, body and spirit. He has benefited greatly from self-help books and other aspects of the personal development movement, and now wants to share some of his knowledge and wisdom with those who need it. His Facebook page reaches millions of people each week with its mix of inspirational quotes, motivational videos, and helpful articles. 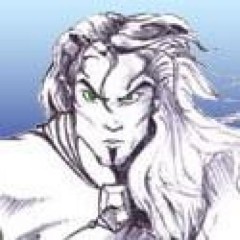 View all posts by TBH0wner
Skip back to main navigation

16 thoughts on “When An Empath Loves A Narcissist: The Lure Of The Broken Soul”

This site uses Akismet to reduce spam. Learn how your comment data is processed.